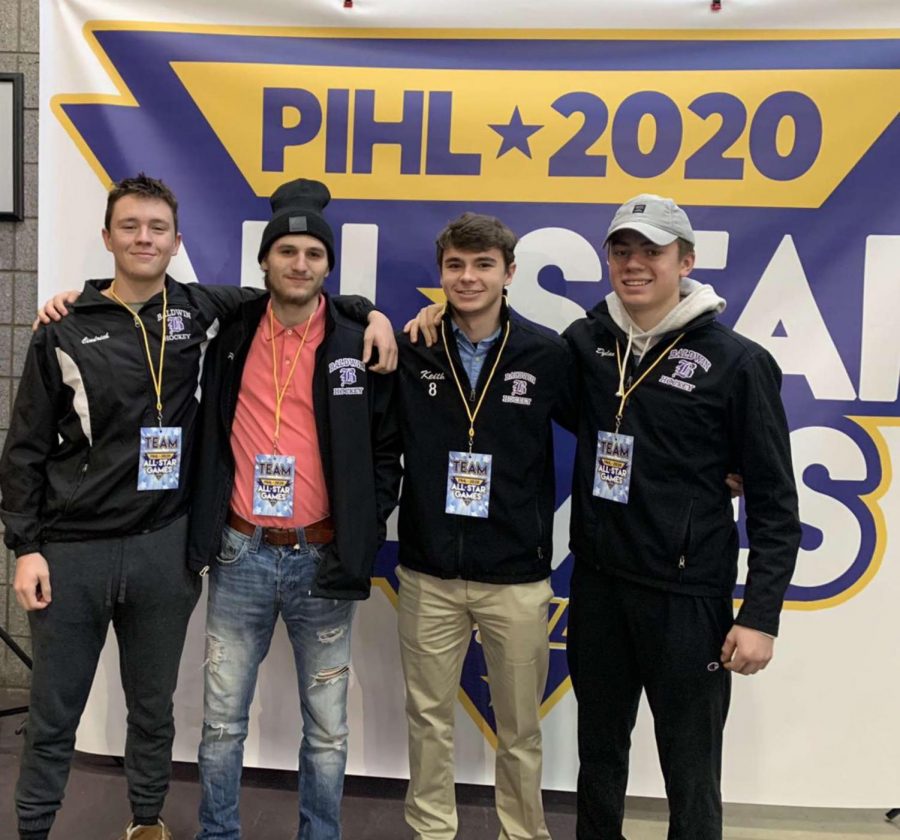 Junior Keith Reed scored a goal and senior Paul Zmuda had an assist on Sunday at the PIHL All-Star game at RMU Island Sports center.

“It was a very good experience and a fun time,” Cindrich said. “Despite being an all-star game, it was full contact and very intense.”

“My team played pretty well. We were trailing 4-3 after the second period. Then we ended up winning the game 7-5,” Cindrich said.

But now the players shift their attention back to Baldwin hockey as they pursue a perfect season and a playoff spot.

Baldwin plays Armstrong tonight at home for the senior rec game. As of now the team is in a tight race with Montour and West Allegheny for the top spot in the division.