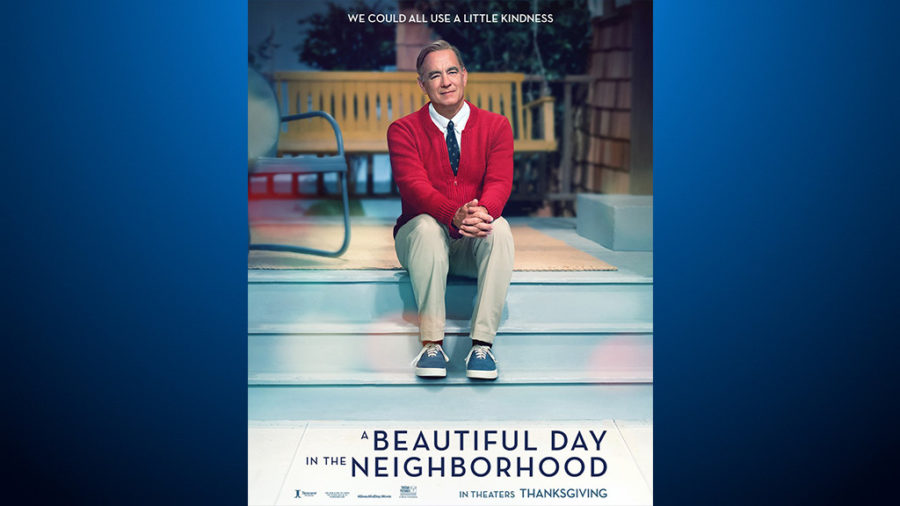 The recently released film about Mister Rogers does not disappoint, showing the impact Rogers had on others.

The new film It’s a Beautiful Day in the Neighborhood is worth the wait for fans of Fred Rogers.

The movie follows the story of Lloyd Vogel (Matthew Rhys), a news reporter who is assigned an interview with Mister Rogers (Tom Hanks).  Throughout their time together, Mister Rogers is able to help Lloyd change his negative outlook on life to become a better person.

The movie as a whole always relates to the roots of Mister Rogers’ career, with appearances of popular characters from the show.  The story jumps from Pittsburgh to New York, which is shown through puppet-sized buildings similar to the ones created on Mister Rogers’ Neighborhood.

The only critique of the film is that the movie is not what the advertisements had shown it to be.  Trailers seemed to show a movie focused on Mister Rogers’ life, rather than simply focusing on his impact on one particular person.  The movie is still very good, but some viewers may be disappointed based on their expectations.

Overall, It’s a Beautiful Day in the Neighborhood is a beautiful film that truly shows the passion Mister Rogers had in making the lives of ordinary people better.