Opinion: It’s time to shut down the zoos 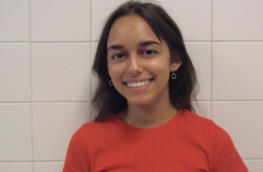 For centuries, people have isolated exotic and wild animals in small enclosures to be on display for the public eye. Recently, people have begun to question the morality of keeping animals behind bars — namely, in zoos.

The history behind zoos allows the system to be questioned even more. The earliest zoos didn’t even feature animals. The first zoo in the Western Hemisphere featured people with unique physical traits like dwarfism and albinism, which immediately raises red flags regarding the purposes of modern zoos.

Many will argue that zoos help to prevent animals from becoming extinct or endangered, which is true, but this also raises concerns about the lifestyle and happiness of animals being held in captivity.

Even under the best of circumstances, zoos can never exactly replicate the natural habitats of animals outside of captivity, often leaving them depressed and unsatisfied.

A specifically devastating story proving the immorality of zoos can be found in the example of a zoo in Cumbria, England.  Over 500 animals captive at the Cumbrian Zoo died in less than three years due to health and safety breaches. While this example is a rare exception, it demonstrates how easily a zoo can take a turn for the worst.

A great incentive for visiting the zoo is getting to see newly born baby animals, which often leads to over breeding for an increase in revenue. Ultimately, in certain countries like Denmark, where there is a lack of sympathy towards animals, some of these animals are euthanized rather than being allowed to live a full life, as a New Yorker article pointed out.

Due to the limited space and unnatural setting of zoos, the confinement of elephants is specifically controversial, a 2019 New York Times story pointed out. Zoos have progressively started to let go of their elephant habitats because breeding has significantly declined in accordance to the diminishing mental states of mother elephants.

Humans clearly don’t have the right to capture and confine animals solely for entertainment purposes.

Rather than keeping endangered animals in zoos, there should simply be more regulations on hunting specific species and destroying their habitats. If people want to visit animals, they can do so by going to a humane animal sanctuary or just observe them in the wild.