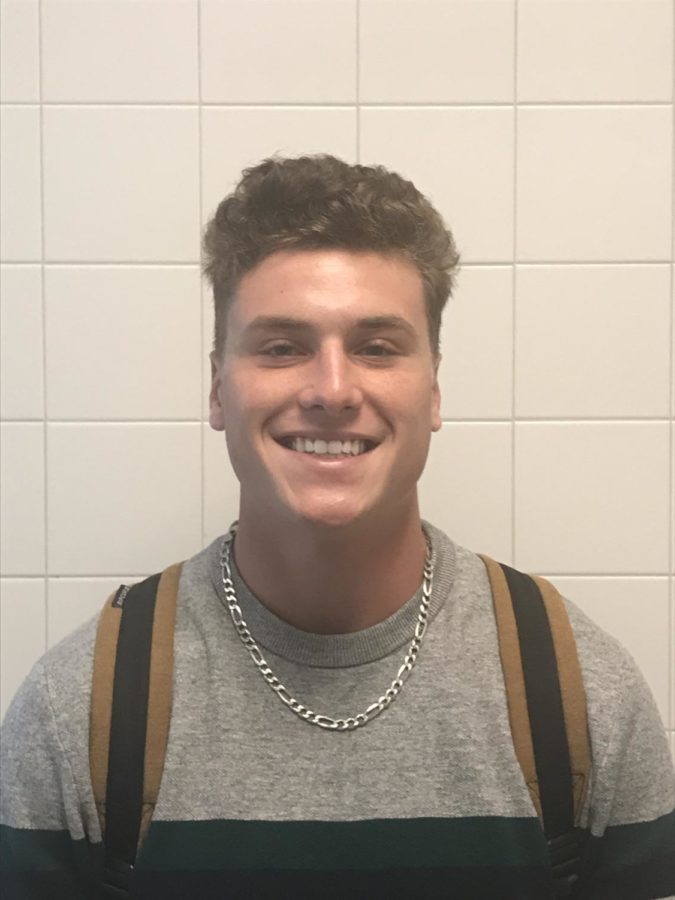 Quarterback Mason Stahl has a career game with over 250 rushing yards.

With a high-energy victory over Chartiers Valley on Friday, the football team extended its winning streak and evened its record at 2-2 in section play.

The Highlanders had several standouts in the 42-35 win.

It was a career night for senior quarterback Mason Stahl on the ground, as he rushed for over 250 yards and four touchdowns. Stahl also had one passing touchdown.

Parcel, who was blocking for Stahl, was witness to the action all night.

“We were able to give him enough time to move around,” Parcel said.

Going into the game, Baldwin wanted to continue to impose its will on the ground with the Highlanders’ impressive run game. However, with the game tied at halftime, the players knew they needed to improve their play and energy.

“Everyone at halftime was exhausted. It was weird, but coming out of the half we made some adjustments,” Stahl said, “We had the energy, and the will, and the want to win, and we had the confidence that we were going to win.”

In the final stretch of the game, the Highlanders needed a big play to shift momentum in their favor. On a broken play, Stahl reversed in the backfield around a defender, split the coverage, and ran up field for a 50-yard rushing touchdown to seal the game.

When asked about his career night on the ground Stahl gave a lot of credit to his teammates.

“The receivers had a great game blocking, and I wouldn’t have rushed for 250 yards without them,” Stahl said.

Looking forward, the Highlanders will play this week at West Allegheny. Obviously the team wants to continue its winning streak and the players know what that will require.

“To keep winning everybody has to continue to do their job. It only works if everyone does what they’re supposed to do,” Stahl said.