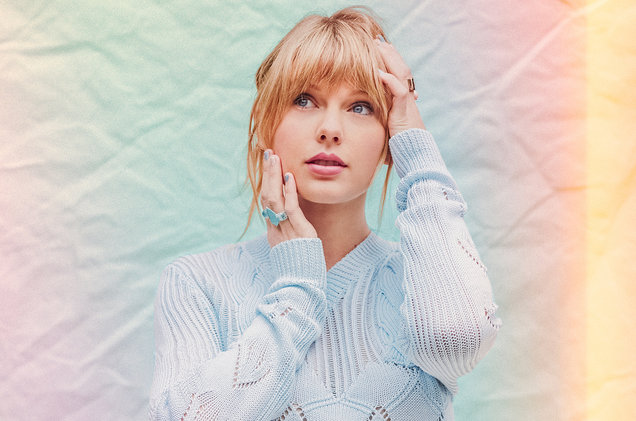 The album sold just over 867,000 copies in its debut week in the United States, an impressive feat in the streaming era.

Taking a sharp turn from the heavy electronic beats of her edgier last album, Reputation, Taylor Swift’s new airy and radiant seventh studio album, Lover, proves a massive success for not only Swift but the future of pop music.

The Billboard charts have recently been dominated by the dark sound of Billie Eilish, or the category-defying country-rap hit “Old Town Road.” Lover instantly going to No. 1 proves that the bubbly sounds of pop are still very much alive.

The album sold just over 867,000 copies in its debut week in the United States, an impressive feat in the streaming era.  No other album has sold that many in the first week since Swift did herself back in 2017.

Lover was, however, the first of Swift’s albums to sell under 1 million copies in the first week since her third album, Speak Now. It is important to note, though, that Swift did release the album straight to streaming services, unlike her last album. Reputation was withheld from Apple Music and Spotify for month after its initial release.

Today, streaming is essential to allow the album to reach the maximum amount of people and popularity. Most of Swift’s fan base consists of teenagers and young adults who rarely listen to CDs anymore. Swift made the right decision this time around to immediately release Lover onto streaming services, even if it meant sacrificing sales of 1 million.

The outreach and consistent global admiration of her music influences the industry significantly. Up-and-coming artists look to Swift and her style of music as a pathway to success, which keeps pop music mainstream. Some of the biggest current pop singers, such as Camila Cabello, have admitted to listening to Swift’s music and attending her concerts as a teen and feeling inspired.

Swift notoriously spills all of her thoughts and feelings into the music that she writes, especially regarding love. Lover is no exception; however, for the first time her political beliefs are intertwined in some of the songs on this album.

On Lover, Swift takes part in writing music for a greater purpose than herself and extends important messages to different demographics. She brings attention to current double standards and the manic political realm.

Recently, pop music, including Swift’s, has played an essential role in advocating to young voters, who will be extremely important in the upcoming elections, the need for change.

Swift denounces discrimination toward the LGBTQ community in her hit “You Need to Calm Down,” in which she exclaims “shade never made anybody less gay.”

Lover also features a song called “Miss Americana & the Heartbreak Prince” which, through it describes a stereotypical American high school, is actually a metaphor protesting the recent disappointing nature of the United States government. Lyrics refer to the surprising outcome of the 2016 election, including “American glory faded before me… I saw the scoreboard and ran for my life.” Other critical lyrics include “Boys will be boys / then where are the wise men?” and “You play stupid games / you win stupid prizes.”

The album also includes a song called “The Man,” which bluntly asserts how much differently Swift would be treated by society and the media if she were a man rather than a woman. She calls out the double standard with the lyric “They’d say I hustled, put in the work. /  They wouldn’t shake their heads and question how much of this I deserve.”

These songs may be controversial, but they are the kind that capture the general public’s attention and bring more eyes into the world of pop music. More attention equals more sales and streams, leading to more pop music being made.

Even after being “canceled” because of her feud with Kim Kardashian and Kanye West, Swift has been able to rebound because of her connection with her audience. She has this mysterious way about her in which she appeals to people’s emotions, making them feel understood and not alone. Any album Swift releases, no matter the genre, marches right up to the No. 1 spot on the charts and she stays relevant.