Multiple sports a hit with some athletes 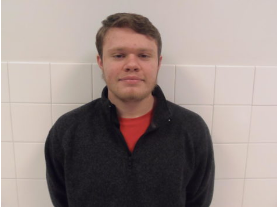 Staff writer Aaron Exler was able to speak on life as a multi sport athlete.

In a high school world in which one-sport athletes are increasingly common, there are still athletes who prefer to play multiple sports throughout the year.

There is a growing body of evidence that participating in a variety of sports instead of just one may be healthier in the long run for student athletes. Some types of injuries, for instance, seem to be reduced when an athlete plays more than one sport.

According to the National Federation of State High School Associations, “Athletes who specialized in one sport were twice as likely to report a lower-extremity injury as compared to those who played multiple sports”.

A federation study also showed that young athletes who participated in multiple sports were more likely to practice healthy behaviors later in life.

There may be competitive advantages as well.

The American Medical Society for Sports Medicine found that “88 percent of NCAA Division I male and female athletes participated in an average of at least two or three sports when they were young.”

These and other reasons have led athletes such as Jason Depretis, Alaina Wodarek, and Aaron Exler to participate in multiple sports throughout the school year.

Depretis, a senior who participates in football, inline hockey, and track and field, said he likes to play three sports to mix things up and to become a well rounded athlete.

“Overall I’m a competitor and I like to do it all,” Depretis said. “Each sport benefits the other in some way and I’m always able to stay in shape.”

Depretis said that those who truly want to play multiple sports can make it happen.

“It gets difficult at times when you have multiple practices, and then you have to do homework that night, but if it’s truly something you want, you can balance it,” Depretis said.

Wodarek, a junior who competes in both cheer and gymnastics, agreed that keeping up with school is manageable although sometimes tough.

“Being in AP and honors classes on top of participating in all the sports makes it difficult to have any free time, but I always spend my time doing something valuable,” Wodarek said.

Wodarek appreciates the amount of time she has to put into practices, however, because she sees that participating in one sport helps improve her technique in both.

“I love participating in both sports, but I plan to pursue cheer in college instead of gymnastics,” Wodarek said. “I have been doing cheer since I was 5 years old, and even though I enjoyed the time I’ve spent doing gymnastics, cheer has always been my passion.”

Exler, a senior who has played football, baseball, and basketball at Baldwin, also has been thinking about what it will be like to drop a sport he is passionate about when college comes around.

“Unfortunately, I had to drop basketball for college mainly because college is a lot more of a workload and I want to focus on academics,” Exler said.

Exler said there is at least one final advantage to playing multiple sports.

“I think every athlete should play more than one sport, since being around different athletes helps build character as we become adults,” Exler said.