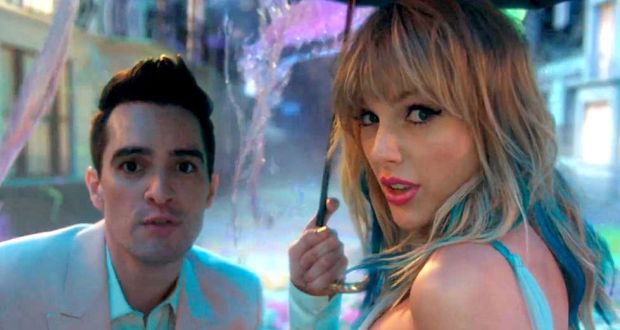 Photo via The Irish Times

Overall, Swift’s new single is cringey beyond belief. If the rest of her album is similar, she may lose some of her longtime, die-hard fans.

Taylor Swift has been through many phases since her musical career began in 2006: country darling, pop princess, and “bad girl” among them. Now with the release of her new single “Me!” fans can see that Swift is trying to create another persona for herself. But this new Taylor seems to have less substance than ever before.

To be fair, there is an underlying message of self love and acceptance in “Me!” but Swift’s delivery of those ideas is done in a loud, flashy way, making it feel insincere and almost completely fake.

Other artists use bright colors in their videos and have an uppity feel to their music, but from Swift, it just does not feel like the real her.

In the beginning of her career, Swift may have written a good deal of songs about her relationship struggles, but none of her heartfelt ballads were devoid of true emotion or passion. However, Swift seems to only be trying to reach a demographic of impressionable young children nowadays with her almost dumbed-down songs.

Swift and Brendon Urie, who is featured on the track, make a ridiculous show in the middle of the song. Swift even says “Spelling is fun,” sounding like an elementary school teacher to a class of excited kindergarteners.

To be completely honest, Swift is starting to sound like a singer from Kidz Bop.

Instead of allowing her music to grow in complexity as she ages, seeing as she will be turning 30 this year, this artist is just regressing in her talent and material.

One could even go as far as to say that Swift and her pseudo rival, Katy Perry, are quite alike in this way.

Both artists have begun to heavily rely on loud and bright spectacles in their music videos, and on catchy songs that lack sincerity.

Overall, Swift’s new single is cringey beyond belief. If the rest of her album is similar, she may lose some of her longtime, die-hard fans.