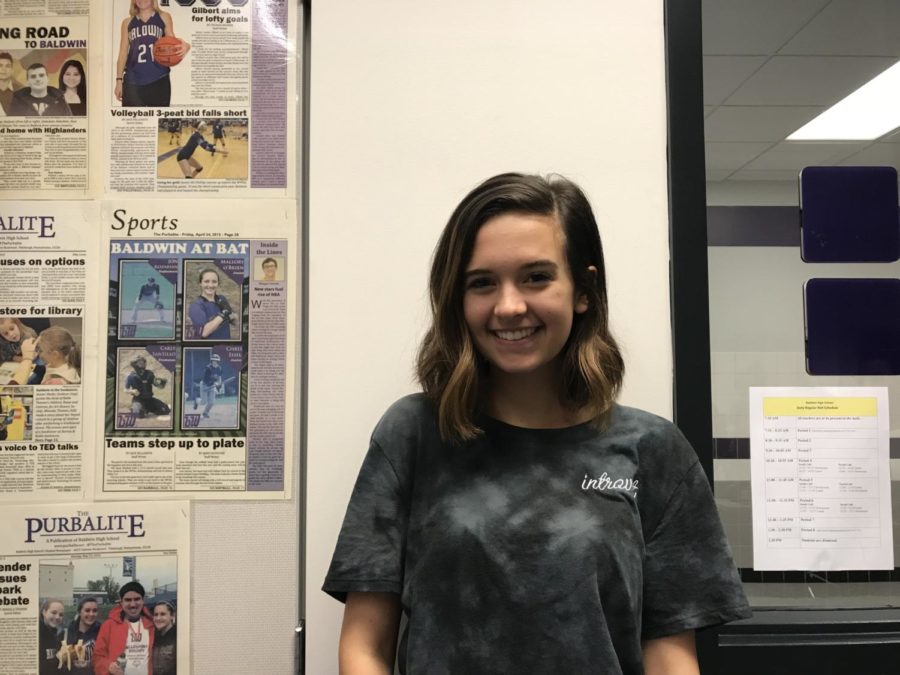 They say that most people fear public speaking more than they fear death. I would be one of those people. Or at least, I used to be.

I was diagnosed with social anxiety disorder when I was eight. Ever since I was a kid, certain social situations tended to make me anxious to the point where it affected my daily life.

During my sophomore year I had to give a speech about a play. I remember walking to that class and feeling  like I was walking to my execution. I nearly passed out, my legs were shaking, and I would have thrown up if I had eaten anything that day.

I’ve had several experiences like this. But this year, I decided I was sick of letting this anxiety control me. So I signed up for a class I told myself freshman year I would never sign up for: public speaking.

I remember feeling so incredibly anxious as I went to a room I had never been before. I even sat like an introvert, choosing a seat closest to the door near the wall. The room was tense and silent. However, Mrs. Barno quickly dismissed all of our fears upon introducing herself and the class, making us feel like we were in a safe space.

And I came to realize that we were in a safe space. For the first time, I felt like I was in a room of people who only wanted to see each other succeed — because we were all in the same predicament. Mrs. Barno’s consistent encouragement and reassurance did wonders for my confidence levels, as well as everyone else’s in the room.

I’m still not ever going to be the first person to raise my hand to share my opinion. I’ll never be the loudest person in the room. But have I changed the way I think about public speaking? Yes. Am I more confident in myself than I was in the beginning of the year? Absolutely.

I’m not saying my social anxiety has magically disappeared, but I have learned so many more ways to cope with it.

There is no better place to throw yourself out of your comfort zone than high school. Because high school is safe. If you’re afraid of public speaking now, imagine how much harder it will be when you have to get up in front of a conference room filled with your employers and give a presentation.

If you struggle with public speaking, consider taking the public speaking class. And remember, this is all coming from a girl with social anxiety. So you know it must actually work.