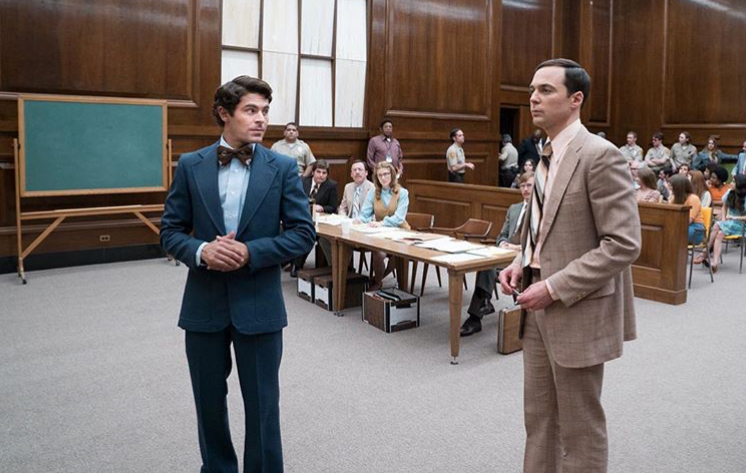 Recently more disturbing TV shows are taking the stage and "Extremely Wicked, Shockingly Evil, and Vile" is following this trend.

The more deeply disturbing, the better. That’s the ticket to success in TV and film recently. Thrillers like Bandersnatch and Birdbox scare viewers with fantasized horror, but realistic horror seems to be more on-trend. Creators need to be cautious, though, because with real-life horror comes real-life controversy.
For example, Extremely Wicked, Shockingly Evil, and Vile features Zac Efron as infamous murderer Ted Bundy, who confessed to killing 30 women. Before the trailer dropped, viewers were highly anticipating Efron’s performance in another film that would diversify his acting range from High School Musical. However, both the movie itself and Efron faced major criticism once the trailer was released. Many found the portrayal of Bundy too glamorous; Bundy’s victims, unlike those in Birdbox, are real. Many were disappointed that the film seemed to hype up Bundy as larger-than-life and intriguing rather than an inhumane masochist.
Obviously, it’s much less controversial to play up villains who are fictional. Extremely Wicked, Shockingly Evil, and Vile’s creators face a dilemma of how to draw in an audience for the movie without offending viewers or even worse, families of victims. The trailer missed the mark, but deeper analysis and criticism will come with the movie’s release on Netflix later this year. Both the creators and Efron have a lot at stake.
A better alternative to glossing over real stories of tragedy and loss is to examine them through expository pieces, as Three Identical Strangers shows. The documentary interviews a set of triplets and has them explain their story. The brothers were separated at birth and observed throughout their childhoods through their adoption agency for a psychological experiment conducted by distinguished psychologist Peter B. Neubauer, unbeknownst to their parents. The brothers met by chance when they were teenagers, and at first were excited to find fun similarities: they all wrestled in high school and smoked the same brand of cigarettes. But as they unravelled their story, things got darker. Their parents were angry, they were confused, and the older they became, adjusting to tight-knit brotherhood wasn’t as easy as they expected.
Three Identical Strangers tells a story of a nightmare — baby triplet brothers separated to be experimented on — while keeping the victims’ narratives precisely accurate. The documentary entertains the audience, and avoids controversy.
Real horror can be risky to cover, but all creators need to do is strictly portray victims and perpetrators as their true roles. An expository perspective is much more beneficial to both the subjects of the film and the viewers. Audiences want all of the details of these tragedies and want to sympathize with and support victims, and documentaries are the best way to do that. Turning tragic reality into fiction will never be a good look for entertainment. It makes viewers uncomfortable and misrepresents victims.