Some seniors crack the code for tech careers 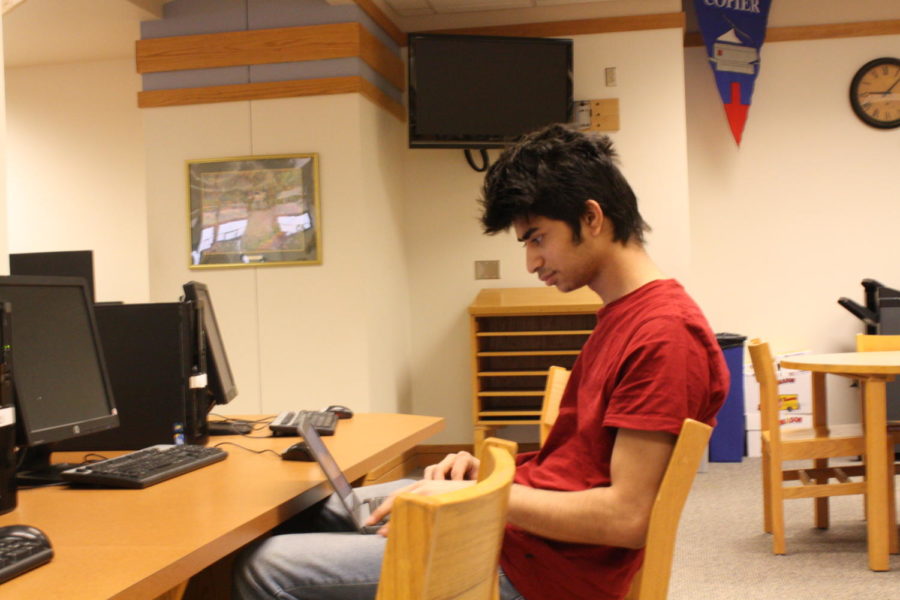 While computer languages, software and hardware remain a mystery to most people, some Baldwin students have embraced this world and are making their marks in the world of computer technology.

No, that’s not a typo. That’s the computer language called Python.

While computer languages, software and hardware remain a mystery to most people, some Baldwin students have embraced this world and are making their marks in the world of computer technology.

“I started coding things into Minecraft,” Zagrocki said. He used the game’s tools to create various modifications and effects within the game. “I used Java and made particle effects for magic spells,” Zagrocki said.

He plans on majoring in computer sciences in college.

Timsina prefers building computers and dealing with hardware rather than programming.
“I built a gaming computer two years ago,” Timsina said. “I like doing it because I find it interesting how computers work.”

Both Zagrocki and Timsina take Baldensperger’s AP Computer Principles class. Timsina plans on going to CCAC to study computer hardware before transferring to a different college.

Senior Summer Bernotas plans to join them in studying computer science, majoring in multimedia programming as a game designer.

Bernotas has been programming and designing games for three years but has had an interest since middle school. So far she has made some apps like a calculator and a Doodle Jump-inspired 2D mobile game.

She plans to attend CCAC for two years before transferring to Hongik University in South Korea.

“I really want to work for Capcom … because (the first game I played) was Resident Evil 4 and I’ve been in love with the series,” Bernotas said.

Some Baldwin students interested in computer science have applied their skills in competitions and events.

For example, Zagrocki and Timsina along with seniors Michael Bennett and Ethan Busch earned second place in the Congressional App Challenge sponsored by Pennsylvania Congressman Mike Doyle this past November.

Coding requires a skill that most people have, but never put to good use.

“Coding is all about solving problems bigger than yourself,” Zagrocki said.