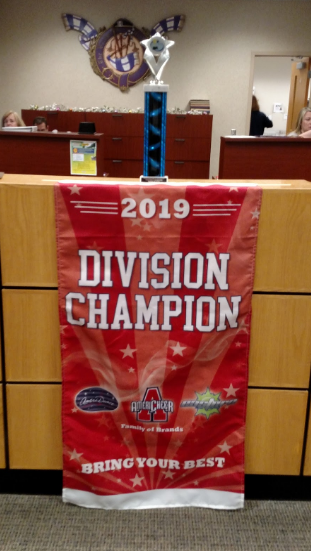 The girls won their division at AmeriDance Steel City Championship.

The Baldwin competitive dance team earned first place in its division at the AmeriDance Steel City Championship on Saturday.

The team’s routine was judged by three judges who scored it based on technique, choreography, performance, and costume. The judges scores were then averaged to give the team a final score.

Freshman Abigail Rodgers credited a lot of the team’s success to junior Savanna Starr, who is the team’s captain.

“She did a good job of keeping the team together and making sure we were all on the same page,” Rodgers said.

Rodgers also said the team’s choreographer did a good job of cleaning up the dance and making it the winning number. The team had to change the dance at the last minute because a teammate got hurt and could not perform.

“The girls did a great job adapting and learning with limited time,” Coach Sara Nairn said. “They’ve overcome a lot of hurdles this year, but we ended on a high note.”

This was the first year back for the dance team, after several years of the high school not having a team.

As for the team’s future goals, the plan is to hold tryouts for the competitive team next month and expand to compete more next year. Nairn is also looking to revive the combined dance team, which would perform at events like basketball games.

“I just want to get more kids involved in dance,” Nairn said.