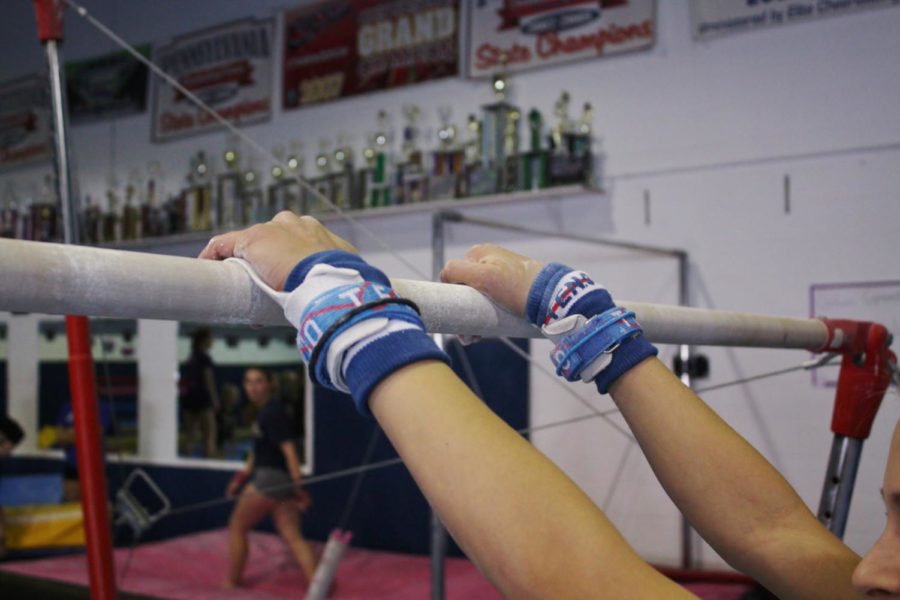 Girls practice for their competition in the Baldwin gymnastics studio.

Baldwin’s girls gymnastics team had strong performances at states this past weekend thanks in part to an impressive showing from the freshman athletes.

The team’s freshmen were excited and proud of their personal performances at their first state competition.

“I feel good,” freshman Kaylee Garofalo said. “I reached my goals that I set this season, which were placing and medaling at states.”

Overall, the team had many girls place in multiple divisions.

In the diamond division, Garofalo placed ninth on the beam, while freshman Mia Dougherty placed fifth on the beam and ninth all-around.

In the gold division, junior Alaina Woderek placed second with her floor routine.

In the bronze division, freshman Haley Staab placed fifth on the floor event.

“I’m really happy with how I did,” Staab said. “This was my first year doing gymnastics.”

Staab said her performance motivated her to move forward with gymnastics.

“My tumbling really improved. I wasn’t expecting to improve as much as I did,” she said.