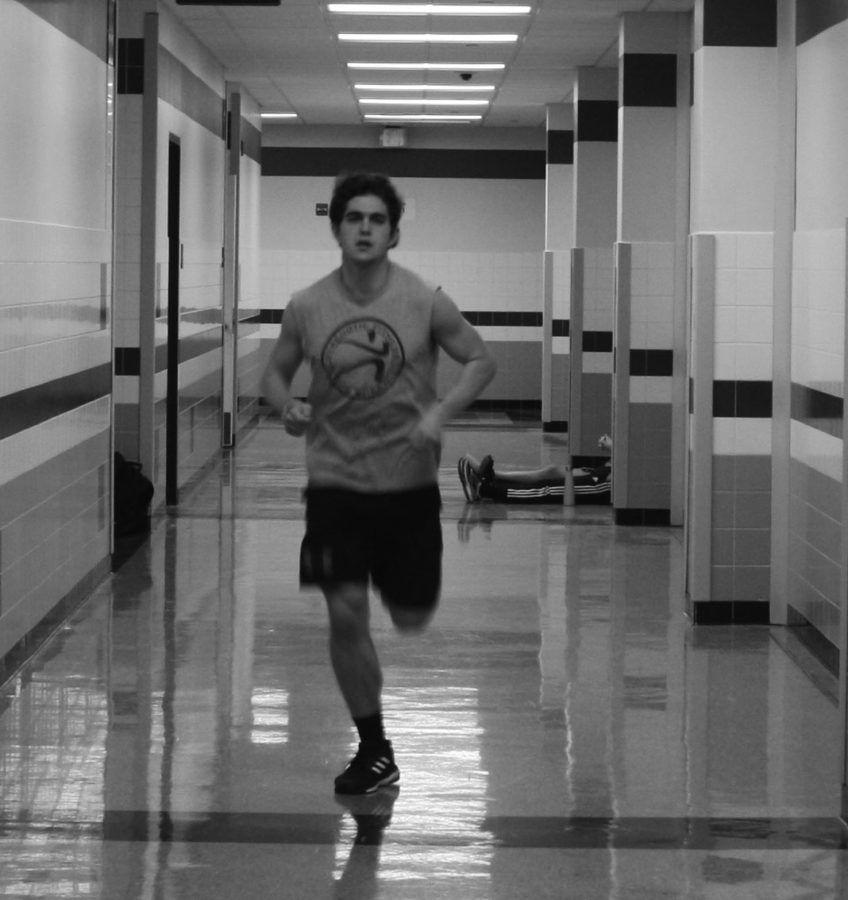 One of the O'Malley twins, Brendan, practices during the winter track season by running in the halls.

Several members of the indoor track and field team placed in events at a meet at Edinboro University on Saturday.

Placing individually for the Highlanders were senior Brendan O’Malley with first in the 200 and 400 meter races and second in the long jump. Senior Bailey O’Malley tied for third in the shot put.

“We worked hard all winter for this. We set a goal to earn a medal this season, and to reach it felt really good. The results are a display of our hard work,” Ziegler said.

Ziegler said he was especially proud of Ditoro.

“Dom is the anchor leg for us. It’s a really important role in the relay, and as a freshman it takes guts to step up and do that,” Ziegler said.

Hale had a stress fracture at the beginning of the season, so the medal meant a lot to her.

“It was the first time I ran the DMR all season. It’s nice to come back with a win,” Hale said.

Brendan and Bailey O’Malley will compete in the Pennsylvania Indoor Track and Field Championship Meet this weekend at Penn State University.