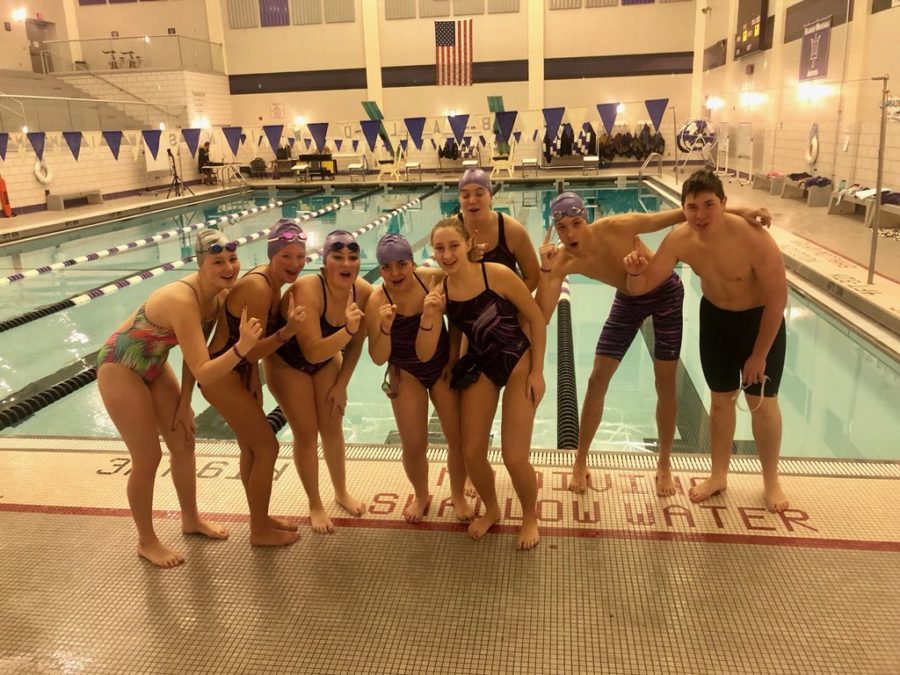 Because it was a non-section meet, the teams focused on improving their abilities.

Both the boys and girls swims team won against Carrick at a home meet on Thursday.

Because it was a non-section meet, the teams focused on improving their abilities.

‘I think we supported the other team really well, especially because they’re an upcoming team. It was really fun to teach and help them,” senior Katelyn Meyer said.

“We swam a lot of people in different events to familiarize them,” Meyer said.

One of the dominating moments came in the girls 400 medley relay. Even though Baldwin’s “A” team was disqualified, the “B” team managed to secure a win in the event. Swimmers on that winning team included Meyer, Olivia Los, Mackenzie Lytle, and Camryn Beveridge.

“Right now we’re working up to compete against the power teams in our section,” Meyers said.