“Stronger than Hate” logo created by a Baldwin grad 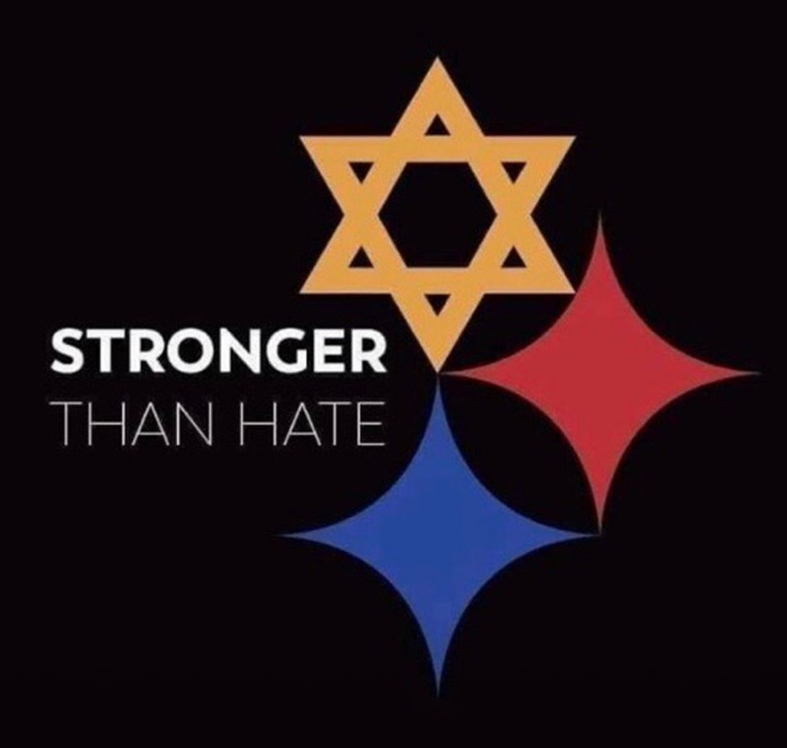 One of the speakers at the vigil for violence victims will be Baldwin grad TIm Hindes, designer of the Stronger Than Hate logo.

The creator of the popular ‘Stronger than Hate” logo, designed in the wake of last weekend’s shooting at a Squirrel Hill synagogue,  is a 1996 Baldwin graduate.

Tim Hindes created the logo to support the Jewish community of Pittsburgh in the wake of the shooting.

Hindes said he came up with the idea based off of two Pittsburgh powerhouses, since it incorporates the hypocycloids from the U.S. Steel logo, which also are used in the Steelers logo. In place of one of the hypocycloids is the Star of David.

“The focus of the design is meant to focus on the image of steel and how steel doesn’t break — just like our city,” Hindes said.

Hindes said he is happy how that message has impacted the community and beyond.

“It’s really hard to describe,” Hindes said. “I’ve been getting messages non-stop from across the world. It makes me emotional.”

In addition to popularity around the Pittsburgh region, the symbol has already garnered international attention and has spread so far as Prague, where it has been graffitied onto the “John Lennon” wall there.

Like Hindes, shooting suspect Robert Bowers also lived in the Baldwin-Whitehall area, a coincidence that Hindes found difficult to process.

“I lived in both Baldwin and Squirrel Hill. It’s really difficult to understand how someone can live in a diverse community and have so much hate for it,” Hindes said.

Hindes is the owner of TrailBlaze Creative, a marketing agency that provides services for nonprofits and municipalities, which is based in the South Hills.

“We tend to focus on organizations that make a difference in the world,” Hindes said. “We help with campaigns, social media, and graphic design.”

During his time at Baldwin High School, Hindes was the president of the National Honor Society and wrote columns for the Purbalite.

Baldwin students have seen his logo and are impressed.

“I saw the design over the weekend on social media and I thought it was creative,” junior Thar Hsern said. “It had a lot of meaning and struck a chord with me. I’m proud that he is a Baldwin grad. It shows how accepting we are as a school.”

“It was a tragedy for the Pittsburgh area,” he said. “Being Jewish it really hit close to home. I hope that we can come together as people to make sure nothing like this happens again.”

Brandwene said he appreciated the “Stronger Than Hate” logo.

“I thought it was creative. It’s not so much where it came from, but what it represents,” he said.