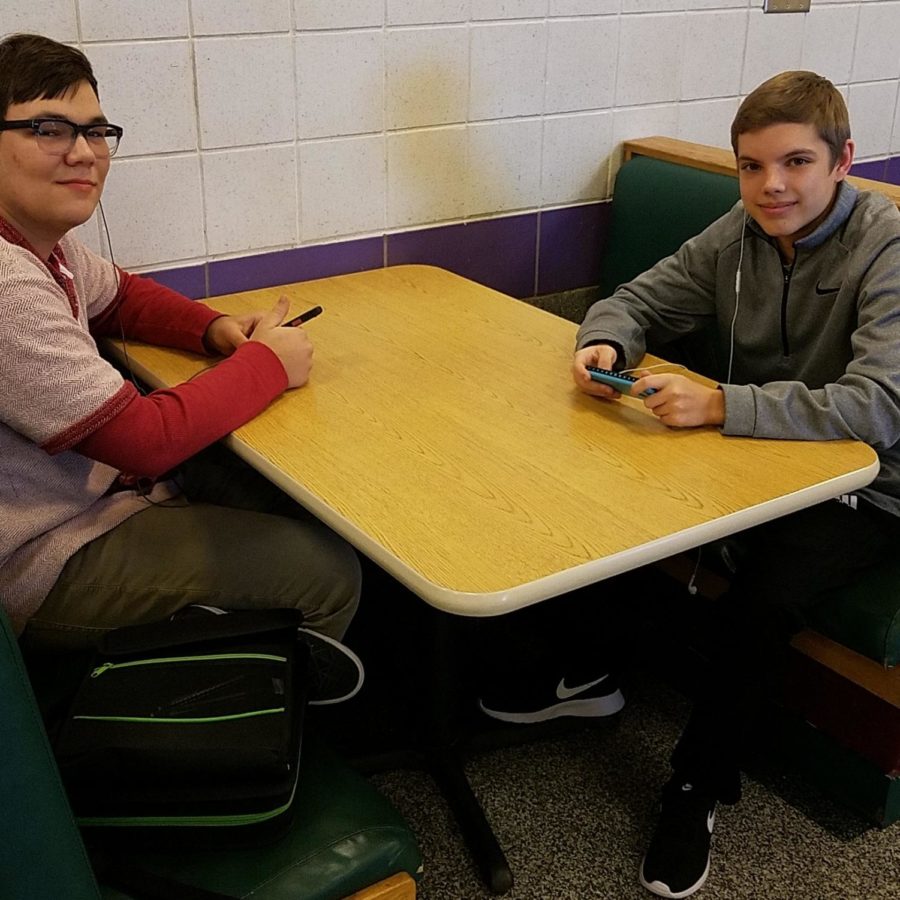 The North Cafe looks a little more like a cafe and less like a typical cafeteria, thanks to a quick purchase and installation of restaurant-style furniture over the weekend.

The North Cafe now has booth seating, as well as upgraded tables and chairs. The goal is to make the space more comfortable for students, Superintendent Dr. Randal Lutz said.

“If kids like coming to school, then they’ll want to be here, and their achievements, performance, and academics will improve,” Lutz said.

English teacher Steve Sinning notified Lutz that the Village Green Golf Course in Hickory, Pa., was shutting down, and the owners were willing to sell the school its restaurant furniture. The cost was $4,000, which is significantly less money than the district would have spent on all new furniture, Lutz said.

The furniture purchased included tables, chairs, booths, and patio furniture. In addition to the North Cafe location, the furniture will be used in the Baldwin Bean coffee shop and potentially for an outside space near the auditorium in the future, Lutz said.

To get the furniture to Baldwin, Musical Director Jason Coll donated the use of trucks and two drivers through his moving company, Two Men and a Truck. Adults involved were Lutz, Sinning, and Athletic Coordinator John Saras. Students who helped were Thomas Rechtorik, Harry DePetro, Andy Degenhart, and Christian Barr, Lutz said.

“They all worked so hard. I give them a lot of credit for them for wanting to help out,” Lutz said.

As for the North Cafe upgrade, some students were more open to it than others.

DePetro, who assisted in moving the tables, prefers the layout change.

¨I like the new look of the cafeteria. I think it looks really good,¨ Depetro said.

“It’s different. Overall I like it. It’s comfortable and more personal,” she said.

The feeling was not unanimous, though.

“I don’t like it because it messed up our table layout,” senior Carlo Munizza said.

“You never know where you might fall into this kind of stuff. There are always businesses that are remodeling or going out of business and looking to get rid of furniture. Keep your eyes and ears open,” Lutz said.