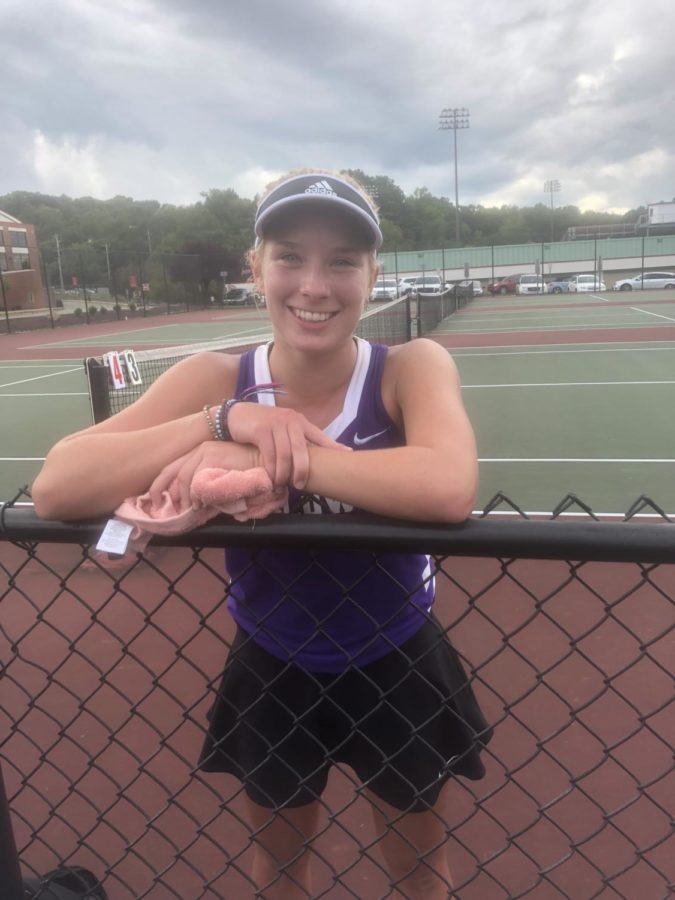 Yauch heading to WPIALs to be seeded, meaning and will not have to compete in the first round.

Junior Bethany Yauch was victorious in the tennis section finals Thursday and is now set to go to WPIALs.

Yauch won the first set, lost in the second, but was able to beat her opponent from Bethel Park, Mia Gorman, by winning the third set.

Now Yauch will be going to WPIALs and will be seeded, meaning that she will not have to compete in the first round.

Yauch said she was impressed by her opponent, but was confident that her own skills would help her win the match.

“It was a tough match, but I had beaten her in the past before, so I knew what I was up against,” Yauch said. “I’m looking forward to representing the school after many years of training.”

WPIALs are going to take place in two weeks.