Where will LeBron land 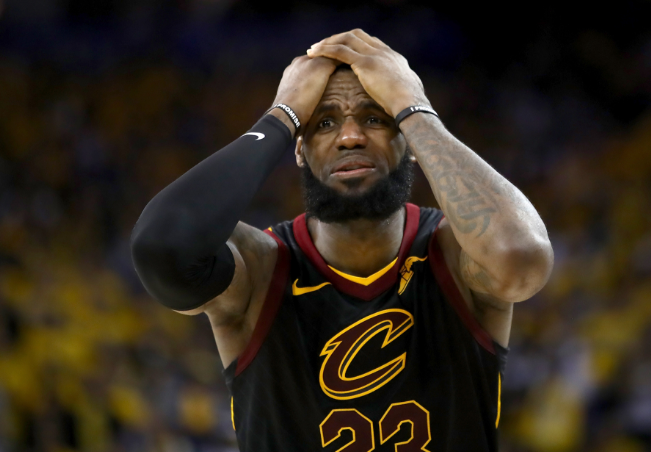 LeBron James is in the middle of a heated NBA Finals against the Golden State Warriors. Throughout the season and as the series continues, one of the biggest questions has been where James will continue his career if not in Cleveland.

His contract is up, the Cavaliers have been somewhat dismantled, and although James is playing better than ever, he is getting old, and may need a team with more stars around him to take off the stress.

There have been several players around the league advocating for why James should join their squad. Most recently Rockets guard Chris Paul has hinted at the fact that he’s wanted in Houston.

The only issue with James joining the Rockets is that the Rockets need to work out their finances and stay within the salary cap, as they already have to re-sign the stars on their team. Getting James in free agency may be to difficult without breaking the bank, so General Manager Daryl Morey may have to get creative with some trade deals around the league.

The upside for Houston, however, is that Golden State was able to keep all of its stars on one team with relative ease and they’ve since won championships with that squad. Everything’s bigger in Texas, and James joining the Rockets could make a huge splash.

Another hot destination LeBron could join is the Philadelphia 76ers.

This team’s philosophy of “trusting the process” has recently shown results with the team going to the playoffs for the first time since 2011 with their new generation of young talent. Ben Simmons is one of the favorites for rookie of the year and Joel Embiid would go to his first all-star game.

If James would join the Sixers, he’d be surrounded with young talent that could take off some of the pressure as he ages, and it could make them an immediate favorite to win the East. The big concern is how James would impact the development of the young Simmons, who plays a very similar style of basketball, and whether the talent would flourish or diminish with Lebron and Simmons on the floor together.

Questions still remain about where he’ll go, but if he goes to Philadelphia, he could complete the process.

There is of course the chance that James remains in his hometown of Cleveland. King James has been a good teammate but has also been vocal about the disfunction around the organization and LeBron is practically running the team at this point.

James dismantled the team at the trade deadline, influencing Coach Tyronn Lue and the front office to make the moves that James wanted. On the other hand, James has left Cleveland before to chase rings, and has made it clear he wants to be in charge of his own destiny.

James is going to go down as one of the greatest players of all time, but it may be time for him to make a legacy with a new team. The chances of him forming another super team is highly probable, as he will do whatever he can to win a championship.

But who knows, he could just join JuJu Smith Schuster and play tight end for the Steelers.