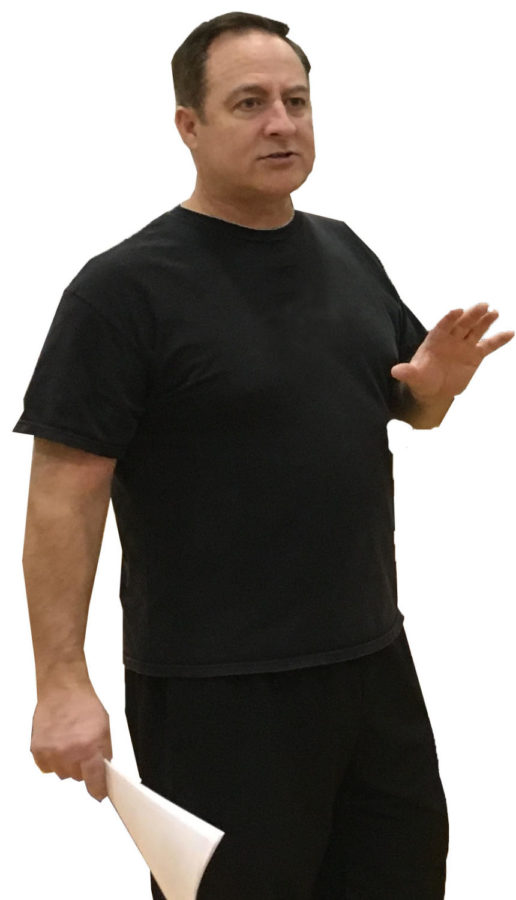 “I wanted to leave on a high note. The season that we just had afforded me that opportunity,” Falcione said. “We were a top WPIAL team, had a great group of kids, and we all had a blast.”

Most days Falcione would have to drive an hour from work to practice. Throughout the last 10 years this schedule has worn on him, he said.

I remember the first open gym I attended during my freshman year. I was the only freshman in the gym, not knowing anyone after coming from St. Elizabeth the year before. I was uneasy about joining the team, but Coach E made me two promises: that more freshmen and more talented players would follow, and that playing the game on his team would be the best time of my life.

It turns out he was right. Soon Jake Kemerer, Nick Pouch, Russ Cyprowski, and Colton Barr followed to join the team and learn under Coach E’s wing. The excitement I felt as more and more talent filled the team to join stars Ben Remlinger, Mike Goga, Danny Kolski, and Dante Parente grew. Adding in sophomores Zach Remlinger, Mason Hoydick, Teddy Bohem, and Mark Campana to the fold helped us improve. We knew we were going to be good. It was only a matter of time.

He was definitely right about winning and having a great time doing it. Coach E always told us that we were the best team he has seen in 10 years and that we were a force to be reckoned with.

We took home second in section this year and won every game with emotion. Some games that defined the season were the trips we made to Peters Township, Upper St. Clair, and TJ. They were the three craziest games of the year, which included battles with fans, battles with officials, and battles with the other team.

Coach E’s value to the volleyball team is impossible to overstate, and the best way to describe it is to consider how the team reacted in the locker room when he announced his retirement.

After that game, a playoff loss to North Allegheny that ended the season, some of my teammates were sad and emotional that this special season was over, and that the best Baldwin team in 10 years would never play a game together again. We talked about the loss and how important our seniors Remlinger, Goga, Parente, and Kolski were to our team.

Later on, our coach told us he would not be returning to the program he built and developed, and everyone cried. It was one of the most emotionally draining experiences I have ever gone through, and it shows how valuable Coach E is to our team. Many players have said that he is the reason they play, how important he is to them, and how thankful they are for him. This situation proves that not only has our team become successful, we have become a family.

“I’ll still be around,” Falcione said. “But I’ll be more like Obi Wan this time.”

The next day after I started a letter, a letter to my coach thanking him for all he’s done for our team and me as a person. I guess this is that letter.

I can personally say that being on the boys volleyball team has not only helped me become a better player but more importantly it has helped me become a stronger person. I’m sure my teammates would say the same. This has been an incredible ride and an incredible run, and I cannot be more thankful to be a part of the team that helped my coach to ride off into the sunset.