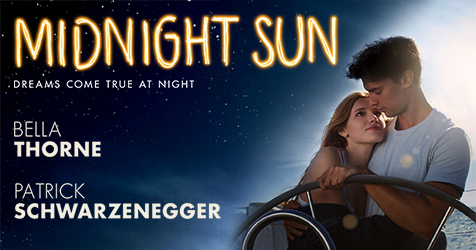 Romance films have been around forever, but now a new trope has become prominent; a main female character suffers from a chronic, life-threatening illness.

This past year, the movie Everything, Everything featured a girl who, because of her illness, could not go outside. Even though she could die, she went outside to live her life with a guy she was falling for.

Later this month, a very similar movie called Midnight Sun is coming out about a girl who, if the sun touches her, may become so sick she could die. The girl goes out at night and meets a guy, but does not inform him of her illness, causing problems.

These two movies are the latest in a trend that is becoming worn out.

Admittedly, though, they also share the valuable message that people should live life to its fullest potential, even if there are risks involved. This message became extremely popular a few years ago when John Green’s novel The Fault in Our Stars was adapted into a movie.

The public was obsessed with both Green’s novel and movie. Then, within a year, another cancer love story movie adaptation was released. Me, Earl, and the Dying Girl, though not as famed as John Green’s story, was also beloved by the public.

Though the messages in these films is a good one, the dying girl trope has become overused. When watching the trailers for Everything, Everything and Midnight Sun, the similarities are uncanny.

The trope is becoming so cliche that even basic plots are overlapping between movies.

Hollywood continues to utilize the “dying girl” trope because of the vast emotions that teen girls have. This makes them desire a movie that adds a dramatic flair to love stories.

For those who have grown to detest this trope, it will eventually go away.

In the past, Hollywood was fond of vampires and dystopian governments. These became less popular over time, which will hopefully be the fate for the trope of dying girls in romance movies.

Screenwriters should, and will at some point, find new ways to portray their ideas and themes so that Hollywood can create more unique content and better movies.