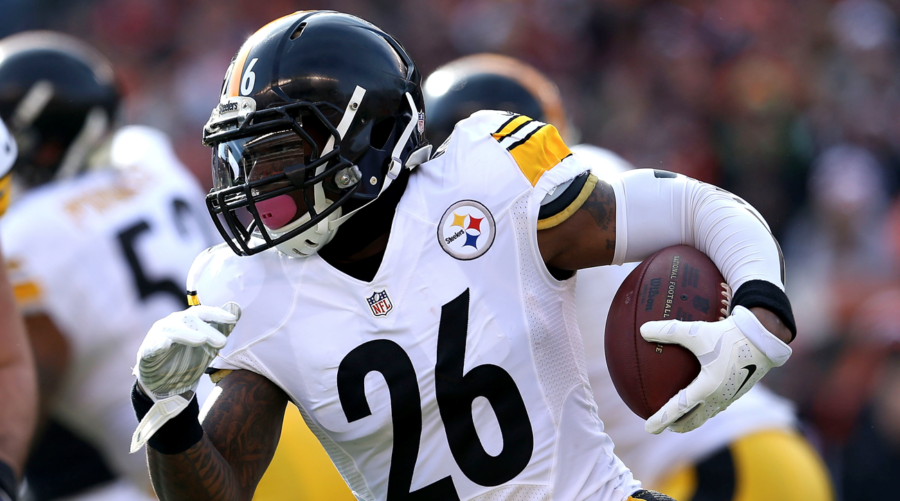 Although the Penguins have won Stanley Cups and the Steelers have failed recently to win playoff games, the Steelers are in a league of their own in the city of Pittsburgh.

Many fans are questioning the Steelers’ decision to put the franchise tag on running back Le’Veon Bell, but the critics need to consider Bell’s history and the role of the running back in the league today.

Bell has been with the Steelers since 2013, when he was taken in the second round out of Michigan State. Bell would compete with veteran back Isaac Redman for the starting job in camp, ultimately getting injured and missing the first three weeks of the regular season.

A similar result would follow the next season, where he put up decent numbers until he would have a season-ending injury against the Cincinnati Bengals late in December. The next year Bell and then teammate LeGarrette Blount were arrested under suspicion of possessing illegal substances. Following a league suspension Bell would be back … only to suffer another season-ending injury against the Bengals.

Many thought Bell would have learned his lesson, but before the 2016 season Bell would be suspended three games for failing a drug test after allegedly smoking marijuana. However, when Bell came back he came back to play: He broke a franchise record for rushing yards in a game against the Buffalo Bills in a blizzard. Bell would help lead the Steelers to the AFC Championship game against the New-England Patriots, but he would leave the game after a groin injury and the Steelers lost to the eventual Super Bowl Champion Patriots.

At the end of the 2017 season, Bell would finish as one of the top five rushers in the NFL, and he helped the Steelers finish as the second seed in the AFC playoff race.

Now the real discussion is that Bell has been tagged for the second straight season, since he and the Steelers were not able to agree on a long-term contract. Many are wondering what is next for the Pittsburgh running back. He has put out tweets saying how he wants to finish his career in Pittsburgh wearing the black and gold; on the flip side, Bell has also said he would sit out the season or even retire if he were tagged.

The Steelers rely on Bell for sure, with his unconventional and even hybrid running style getting them touchdowns and wins. But the Steelers don’t need to rush into a long-term contract. Bell has put up several 1,000 yard seasons and is a great third option for a receiver, but what has he really accomplished?

Good running backs rush for 1,000 yards — that is what they are supposed to do, and it is why they get paid. A versatile running back should be able to catch balls out of the backfield — that is standard in the NFL. So far Bell’s biggest accomplishment is not getting caught smoking weed and playing a full NFL season for the first time just this year.

There is also the argument that teams need an elite running back to succeed. There’s no doubt about the need for a back to take stress off of the quarterback, but it’s a pass-first league now. If it were the ’70s and his name was Franco Harris or Tony Dorsett, then he’d get paid, but the reality is that the running back position is expendable.

Le’Veon Bell has an incredible amount of talent for a running back in the prime of his career, but for him to get the long-term deal that he desires, he has to prove that he’s dedicated and mature and wants to win. Hopefully he has left his smoking days behind him, and hopefully he’s ready to work for success and his money. As of now, however, he will have to settle for $14 million to play one year of football.

Is that really a tough break?