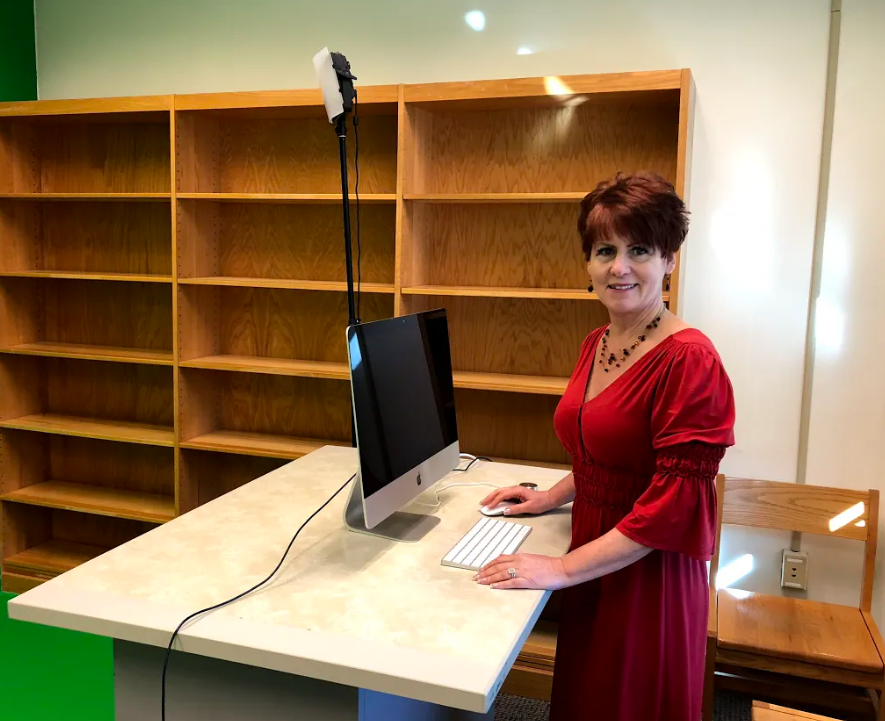 Students with video projects will now have a much easier time creating quick and professional videos thanks to new technology being implemented in the library.

The library will soon be introducing its “One Button Studio,” which will allow for quick and easy use of a green screen in video production at school.

The “One Button” technology, which was created at Penn State, allows students to use iPads and Mac computers to easily edit videos that can be made with a new head-to-toe green screen.

Only a single button needs to be pressed for the recording to begin and end. Once the recording is done, it is immediately saved onto a flash drive, which the student can use to upload the file onto Google Drive.

After the video is uploaded, the student can use the iPads in the library to access their Google Drive, add a background to their footage, and edit with an app called Do Ink. Once completed, the video can be put back into the student’s Google Drive or uploaded to Youtube.

Librarian Brigetta Del Re said this is an improvement from more difficult video software programs, such as Adobe Premiere.

“One Button is a more simplified process of video production rather than using some of the more complicated software packages designed for editing purposes,” Del Re said.

This new process will make it much easier for students to create videos for school projects.

“Students can now focus on content of their video rather than struggling with overly sophisticated software,” Del Re said.

It also allows students a space to work on school projects.  Before the only room with a green screen or recording area space was in the video production room, which is not open to all students.

“Instead of students doing the more traditional poster board for a class project, they can now do a more persuasive video piece,” Peretin said.

Teachers must contact Del Re and schedule a time for their classes to work on a project. Students can use the room at any point in the day as long as it is not being used and they check in with Del Re beforehand.

This addition marks another step forward for the library and for the district as a whole, Del Re said.

“We have gone from being a traditional library to a media center,” Del Re said.

The “One Button” video room, located in the back of the library where the tech department’s office used to be, should be opened within the next two weeks. History teacher Chris Reilsono’s class is having a competition to name the room because they will be they first group scheduled to use it.

The school is also working to convert the library classroom into a new more useful space incorporating technology, but nothing has been finalized.