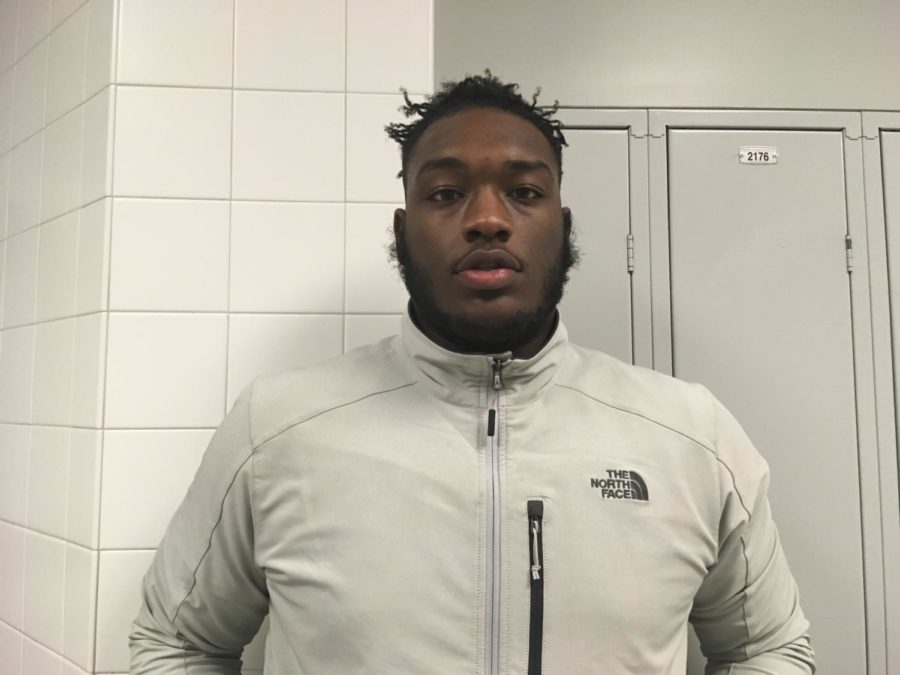 Most high school players dream of getting a chance to play on an NFL field. Senior Charles Harris got that chance earlier this month.

Harris played in a Blue-Grey All-American football game on Jan. 22 at AT&T Stadium, the home of the Dallas Cowboys. This football game was to showcase some of the best football players in the nation. Harris said he was invited to participate in the game.

“It was a great opportunity, and I was blessed. I was mentally and physically prepared as I played with the best of the best from around the country,” Harris said.

Harris played defensive line along with special teams. These games are to showcase talent along with giving the players a chance to be scouted, which Harris said led to him being anxious, but excited.

“I was not nervous, but I do enjoy performing in front of large crowds,” Harris said.

During this season for Baldwin, Harris was injured, but he is back in playing shape now.

“I need football more than it needs me,” Harris said.

Before coming to Baldwin in his junior year, Harris had played for Seton La Salle in ninth and tenth grade.