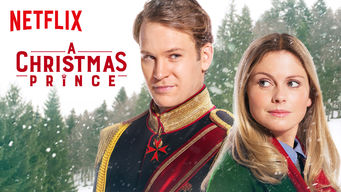 Hallmark’s Christmas movie formula traditionally have gone something like this: Character 1 meets character 2. Character 2 reveals a devastating secret that Character 1 eventually forgives in the last 20 minutes and all is well.

Besides this usual formula, Hallmark now has added in the setting of a royal palace in a fictional land.

In A Crown for Christmas, Allie Evans is employed as a governess to care for a European king’s daughter. Maybe it comes as no surprise, but the king falls for Allie, despite the illogical situation that it would create for a real country.

It seems rather coincidental that these characters would fall in love with a royal solely based on their personality. A crown and a castle seems to be the real reason, though no one seems to ever acknowledge or admit this.

With the popularity and success of these movies, other production teams have started to catch on. Netflix released its own original Christmas movie, A Christmas Prince, which tells the story of a female journalist who sneaks into the castle of Aldovia and happens to fall in love with the prince.

Even though this plot line seems redundant, these movies continue to be produced. There is a real lack of originality in these movies, as they’re all the same old story. Sure, there is a certain warm and fuzzy feeling attached with the underdog becoming the ruler of a foreign land, but doesn’t that get old?

Perhaps watching royal-centered movies keeps the hope alive for average people who think there might still be a room for them in the castle.