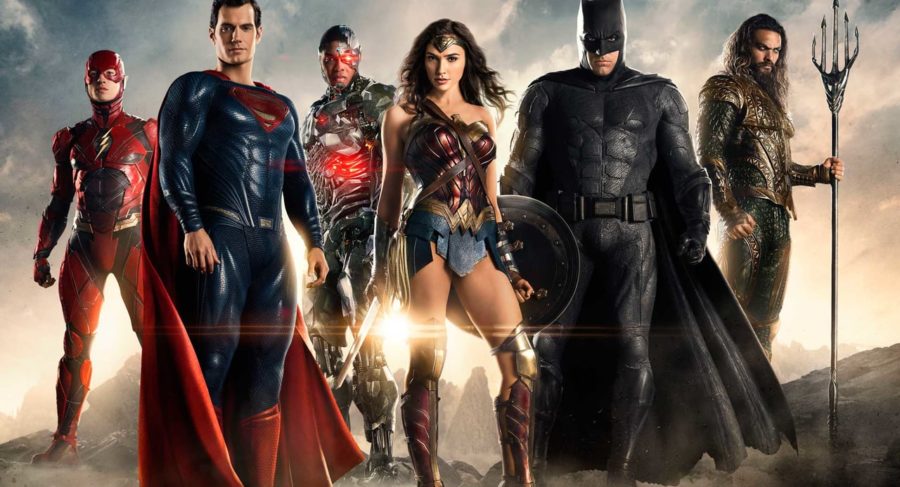 With the multimillion dollar success of Marvel Studios and the anticipation for Avengers: Infinity War, DC comics has tried yet again to catch up with another underproduced, exaggerated superhero bomb: Justice League.

The movie picks up after the events of the overly dramatic Batman vs. Superman: Dawn of Justice, which came out in 2016. The story follows Batman/Bruce Wayne (Ben Affleck) and Wonder Woman/Diana Prince (Gal Gadot) as they assemble a new team of heroes to battle the latest threat to the world.

The newest additions to the team, including Aquaman (Jason Momoa), the Flash (Ezra Miller) and Cyborg (Ray Fisher) are given about 10 minutes explain their entire backstory in a try-hard attempt to make the characters more likeable to the audience.

Along with a jumbled and confusing plot comes horrible CGI that gives the movie almost a cartoonish look. Every time the superhero Cyborg is on the screen, the movie turns from a serious action movie to a cheap CGI project.

The overall outcome will not be surprising to many audience members who have been watching the DC Universe try to catch up with Marvel. Unfortunately, the studio does not seem to be slowing down soon, which means DC fans have many more poorly constructed and overly dramatic movies to watch in the future.