Vans sneakers stir yet another color debate on the Internet 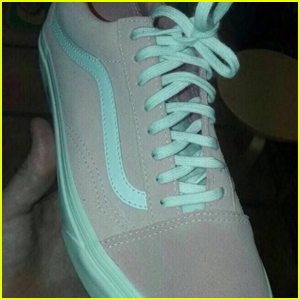 The picture of the blue and black — or white and gold dress — blew up the internet. USA Today ranked “The Dress” as the fourth-most popular about thing to happen on the Internet in 2015, the first being the video of the “Pizza Rat.”

The science behind this illusion is the way the human brain filters the color of light. Depending on the cones in the eye’s retina, the brain either filters out the yellow light in the image, causing the dress to appear blue, or filters out the blue light, producing gold tones in the dress.

This trend carried through to 2016, where online viewers debated whether a Kate Spade purse posted on Twitter was blue or white.  It’s no surprise that 2017 brings its own version of this optical illusion in the form of a pair of Vans sneakers.

The shoes, first posted on Twitter by user @TFILDOLANS, have created a huge conversation as Twitter users fought with each other on whether the shoes were pink and white, or teal and gray.

Much to the disappointment of the majority of users who saw the shoes as teal and gray, they have been revealed as being pink and white in reality.  In fact, Vans doesn’t even make a teal and gray version.

This trend might eventually die out — or maybe people will never become bored over arguing about something as arbitrary as the color of a certain object.  Maybe next year, it’ll be a hat: Is it purple, or gray?