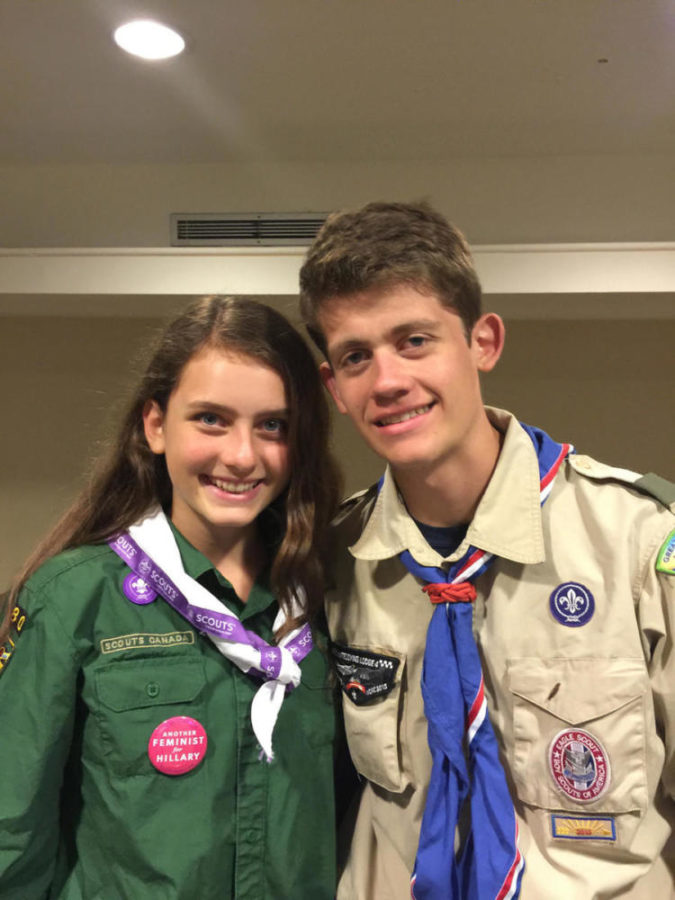 The longtime rivalry between America’s two great scouting groups — the Boy Scouts and Girl Scouts — had an interesting development this week: girls are now allowed to join the Boy Scouts.

Opinions on this topic vary. The Girl Scouts, or GSUSA, seem particularly upset over this development, claiming that the BSA is only allowing girls to join to increase its numbers, which have dropped in recent years.

Many other people are not thrilled with this either. President Donald Trump spoke against the plan, saying that young women already have a scouting organization that they can join — the Girl Scouts. Some girls also are upset about this, believing that the girls who wish to join Boy Scouts should just stay in the female organization instead.

Other girls, however, are thrilled at this move, calling it a step toward gender equality. Some girls over the years have felt left out and segregated from their male counterparts, trying without success to join the BSA. The Boy Scouts have received multiple complaints and pleas from these young women. Now, these girls will be able to join and fulfil their dreams.

Families may also be pleased with the change. The world today is busy and hectic, especially for children and their families. For some families, especially those with only one parent, it would be much simpler if their male and female children could join the same activities. This will save time and make family schedules less complicated.

The feud between Boy Scouts and Girls Scouts is far from over, and this new development may have just intensified their fight.