Opinion: Trump’s tweets distract his opponents from other issues 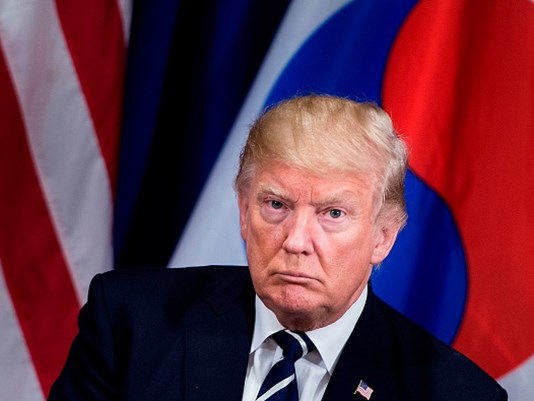 The White House had a very busy weekend, creating excessive amounts of controversy but only to hide what is really going on in the United States today.

When President Trump criticized NFL players taking a knee during the national anthem, many people were outraged and coverage of the growing protest dominated the news and social media.

Meanwhile, though, the White House was working on some other more important business too. Unfortunately, too many people fell for Trump’s NFL distraction and missed the bigger news.

First, Trump issued a new travel ban. Beginning in the next month, most people from Iran, Libya, Syria, Yemen, Somalia, Chad, and North Korea will not be allowed to enter the U.S. borders.

This limits the amount of people from those countries who are allowed to travel to the United States for any purposes, including work or study. Trump claimed this was necessary to fight terrorism, but any protest of the ban got drowned out by the NFL controversy.

Also, the push for the third Republican attempt at repealing and replacing Obamacare continued over the weekend. While support for the bill seems lacking, it still could pass. But instead of arguing against it, too many of Trump’s opponents were arguing about the NFL players.

There were so many major national issues going on, but Americans only concerned themselves with the national anthem issue. So was this all part of Trump’s plan?

He drew attention off of other significant things happening in the government, so there may be less outrage over these items.

This very well may have been his plan the whole time — getting America more mad about a small protest, thereby taking the attention away from the bigger things that the Trump presidency is doing.

Trump’s opponents need to be more careful the next time he starts a social media controversy, to make sure they don’t get played.